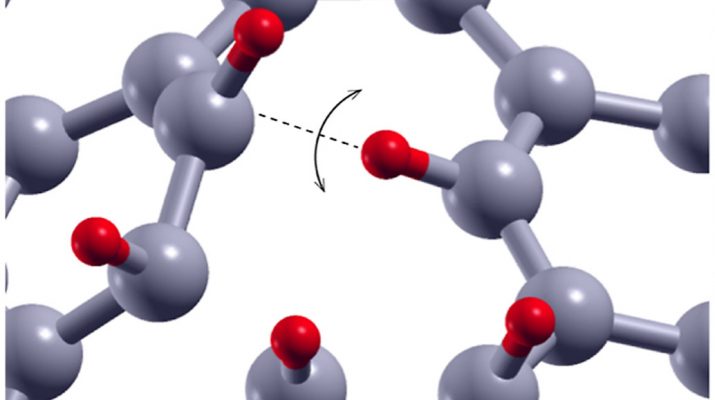 “Permeation of chemisorbed hydrogen through graphene: a flipping mechanism elucidated.”

The impermeability of defect-free graphene to all gases has been recently contested since experimental evidence (see Nature 579, 229-232 (2020)) of hydrogen transmission through a two-dimensional carbon layer has been obtained. By means of density functional theory computations here we elucidate a flipping mechanism which involves the insertion of a chemisorbed hydrogen atom in the middle of a C-C bond via a transition state that is relatively stable due to a sp2 rehybridization of the implicated carbon atoms. Present results suggest that transmission for hydrogenated graphene at low local coverage is highly unlikely since other outcomes such as hydrogen diffusion and desorption exhibit quite lower activation enthalpies. However, at high local coverage, with a given graphenic ring tending to saturation, the proposed flipping mechanism becomes competitive leading to a significantly exothermic process. Moreover, for a specific arrangement of four neighboring chemisorbed hydrogen atoms the flipping of one of them becomes the most likely outcome with a low activation enthalpy (about 0.8 eV), which is in the range of the experimental estimation. The effect of charge doping is investigated and it is found that electron doping can help to reduce the related activation enthalpy and to slightly enhance its exothermicity. Finally, an analysis of corresponding results for deuterium substitution is also presented.